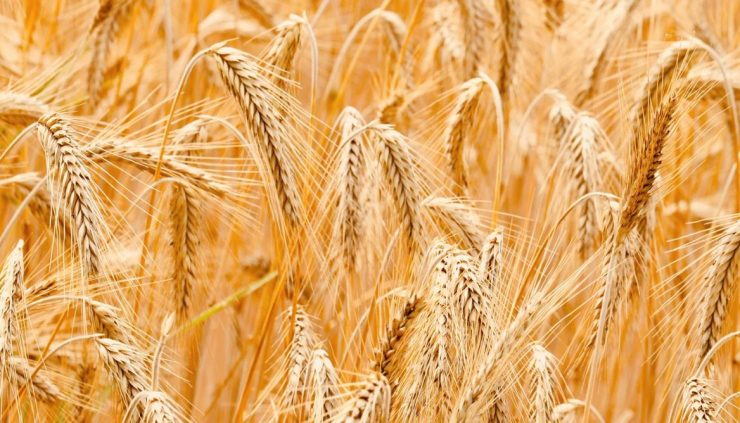 Do you know that there are a lot of plants that aren’t within the same species but still resemble a lot? It is a pretty common thing. There are a lot of grasses that have a similar appearance to wheat. So, what grass looks like wheat.

The problem with the weeds is that a lot of them are invasive and some are even dangerous as well. Today, we are going to take a look at all of the invasive and dangerous wheat-like plants and ways to get rid of them.

People often mistake weeds for wheat plants due to their similar appearance. When you think of wheat, the first thing in your mind is probably a plant with grassy leaves and a head containing seeds. This is the key thing that everyone knows about wheat. But the thing is that there are a lot of weeds with a similar appearance. Hence, confusion is created.

We have made a list of some of the most dangerous and intrusive weeds that have a similar appearance to a wheat plant. It is important to get rid of them as they not only ruin the look of your lawn but can also drastically damage its health as well. Weed control can be a bit of a struggle for some people.

The upper surface of a Giant Foxtail contains hair but nowhere else. It is called a foxtail due to its similarly fuzzy resemblance to a fox tail. The leaves are held to the stem in more of an upright fashion. It can reach a height of about 16-inches.

It basically grows in clumps and is really invasive in the summer season. This grass has Asian origins but was introduced in the 1920s to the USA. Giant Foxtail grows best in soil that is rich and fertile. It has other varieties as well such as Yellow Foxtail, Foxtail Millet, and Green Foxtail. As these grasses resemble wheat, you can easily get mistaken.

Wild Barley isn’t as big of a problem as some of the other ones but still, you need to be careful. It is a cool season grass and comes out in spring. Due to its quick life cycle, you can easily get rid of it by mowing it down.

There are hairs present on the seed head that can cause problems for animals. This is not a pet-friendly weed, resembles wheat and should definitely be taken out.

Quack grass is a type of perennial that is invasive and prefers cold weather. This grass spreads quickly due to rhizomes and thus it can be difficult to remove it from the lawn if it grows too much. Quack grass has two clasping projections protruding from the thick stems.

The only problem with Quack grass is that it is not good for the health of your lawn. It doesn’t pose a problem for your pets. Therefore, immediately remove any quack grass and preserve your gorgeous lawn.

Barnyard grass has an Asia origin grass and similar appearance to wheat. It is an invasive grass species that contains seed heads on the upper side. They have a Reddish-Purple color to them. Barnyard grass also grows from the base through branches. These lawn weeds can easily establish themselves anywhere.

The most annoying thing about Barnyard grass is that it grows best in fertile soil and is really durable. It prefers more of a tropical climate like the one you get in Texas or South Florida. It can reach a height of up to 2m, therefore, make sure to get rid of Barnyard grass before it takes over the crop seedlings.

Annual Ryegrass is a grass family that prefers cool seasons. Ryegrass has a lot of resemblance to wheat. The spikelets grow in the stem and a fully grown ryegrass can be as 3 ft tall. You can easily spot this turf grass on the roadside. The stem is present below the leaf sheath.

Due to its fast growth and quick establishment rate, Annual Ryegrass is pretty commonly used for overseeding as well. This type of weed is also harmful to the lawn as it can overtake it.

This grass is also known as winter barley and is seen more on the western side. You don’t want this weed to invade your lawn as it often requires help from a professional to take this weed out. Annually, it can reach up to 3 ft.

The leaves are hairy and have a flat shape to them. One redeeming thing about this grass is that it can be used to feed livestock but only till the seeds are premature. Once the seed head is mature, it goes poisonous.

This is yet another type of grass that has a similar look to wheat. The uncanny resemblance is due to the seed head that is really sharp and looks exactly like wheat. The worst thing about Couch grass is that it spreads quickly due to its versatile nature.

Being perennial ryegrass, it also spreads through the rhizomes as well. If you encounter Couch grass on your lawn, then it is recommended to use a pre-emergent herbicide when the seedlings emerge or just rip it out of the ground.

Dallisgrass has a very likewise look to a wheat plant but it is not common. With its thin and long blades, the seed head looks just like wheat. It prefers moist soil and can easily grow up to 5 ft. This is an invasive grass and can take over your lawn if proper care is not provided. To keep a healthy lawn, you can use pre-emergent herbicide or any weed killer to get rid of Dallisgrass.

Yellow Foxtail is also one of the weeds that look like wheat. These grassy weeds are pretty common everywhere. Yellow Foxtails can grow up to 4 ft and you can easily identify them through the hairs on the seed head. The leaf blades have a rough edge to them. This type of weed is spread by the wind.

There are also some other weeds with a similar look to wheat. Some of them are:

This is perennial warm-season grass and is Native to North America. It has a similar look to a wheat plant and also grows long.

Western Wheat Grass is also a perennial grass and is quite widespread. It is mostly found in the mountains or semi-desert areas.

What is a Seed Head?

It is the part that contains the seed and then develops into a plant after it has fruited. Seedheads are produced by all of the grass species. This is essentially the plant’s way to reproduce and further grow its species. The shape and size of seedheads also vary by species.

No, as most people like to think of seedheads as weeds, they are not. These are basically the head of the stem of a leaf. So, if you ever see any in your lawn, don’t get worried.

There are a bunch of negative effects of weeds on the lawn. Weeds tend to completely take over the lawn and other plants due to their invasive nature. The weeds can be dangerous for pets as well. Some of the weeds can cause irritation and itchiness. Weeds are essentially like parasites that completely ruin your lawn.

Should You Eat a Wheat Look-Alike Plant?

There are some wheat lookalikes that can be intoxicating for you. Therefore, it is important that you should know about them. You should at all costs avoid eating these plants:

It has a similar appearance to wheat but is poisonous. A lot of people are of the opinion that it grows in the same area as wheat so it is safe to eat. This is not the case as a lot of people have been intoxicated after consuming Darnel.

Ryegrass is also not safe to eat. It contains toxic bacteria that can cause fatal diseases. You can die if you eat too much of ryegrass.

How Do You Manage Seed Heads?

You can easily manage seedheads in three simple ways:

You should always make sure to properly water your lawn. On a per week basis, it is optimal for the lawn to get at least 1-inches of water. This will allow for a better growth rate and get rid of any seed heads.

You can easily manage the seed heads in your lawn by frequent mowing. Just make sure to keep the blades sharp and you’re good to go. You should mow at a height of about 3″ for best results.

If you are fertilizing your lawn then it will help with the seed heads as well. This makes it easier to mow the grass and the lawn looks much cleaner and nicer.

It is Ryegrass that looks like wheat. Their seed heads are pretty much the same.

There are a lot of weeds that look like wheat but some of the more commonly known are Foxtail, Hare Barley, Quack Grass, etc.

What is the wild grass that looks like wheat?

Foxtail is one of the wild grass that is a wheat look alike. It is an edible species.

A plant known as Argentea var. Spicata Wheat celosia looks very similar to a wheat plant. It also has spikes too.

What is the name of the grass that looks like wheat?

There is not one grass but a lot that resemble wheat. Some of the popular ones are Ryegrass, Darnel, Foxtail, etc.

How do you get rid of wheatgrass?

You can easily remove wheatgrass by throwing 3 oz. corn gluten on the already existing patch. This won’t allow the seed to germinate.

What is the difference between grass and wheat?

Both of them originate from the same plant. Wheat is the grain used for making flour while wheatgrass is the grass grown before the grain.

Is cat grass the same as wheat?

This is not the grass present in your lawn but it is a mixture of wheat, oats, rye, and barley. It is not a specific plant.

There are a lot of grassy weeds that have a similar appearance to wheat. A lot of people might have these weeds in their lawns but haven’t done anything. It is important that you should take proper care of your lawn and remove any weeds to ensure its beauty.

Do you have a wheat look alike in your lawn?

Tell us your answer in the comments and also share your feedback.